The gifts that keep giving.

The Angels told artist Lucinda Rae to get a million angels into homes to uplift lives with the power of the Light.
She didn’t know how she would ever paint that many herself.

So through the inspiration of these angel acts of kindness, she created this site to spread the word + love in ways it could sustain and multiply.

One Million Angels is a way to share this Light through a prayer card, a prints or other angel gifts, to someone you don’t know, or uplift a friend.

10% of all orders is given to the artist’s choice of featured cause (currently Montecito Mud Angels).
Let’s get a million angels out into this world. 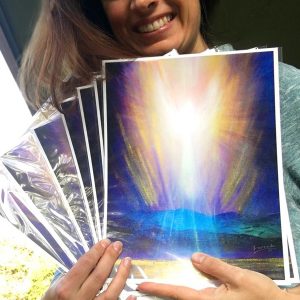 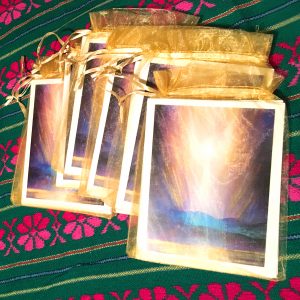 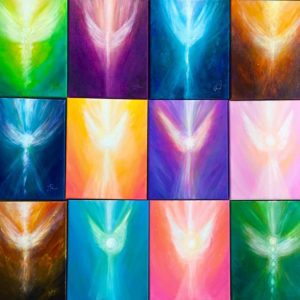 GET AN ANGEL ORIGINAL 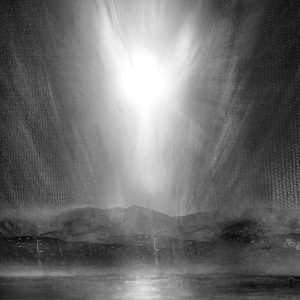 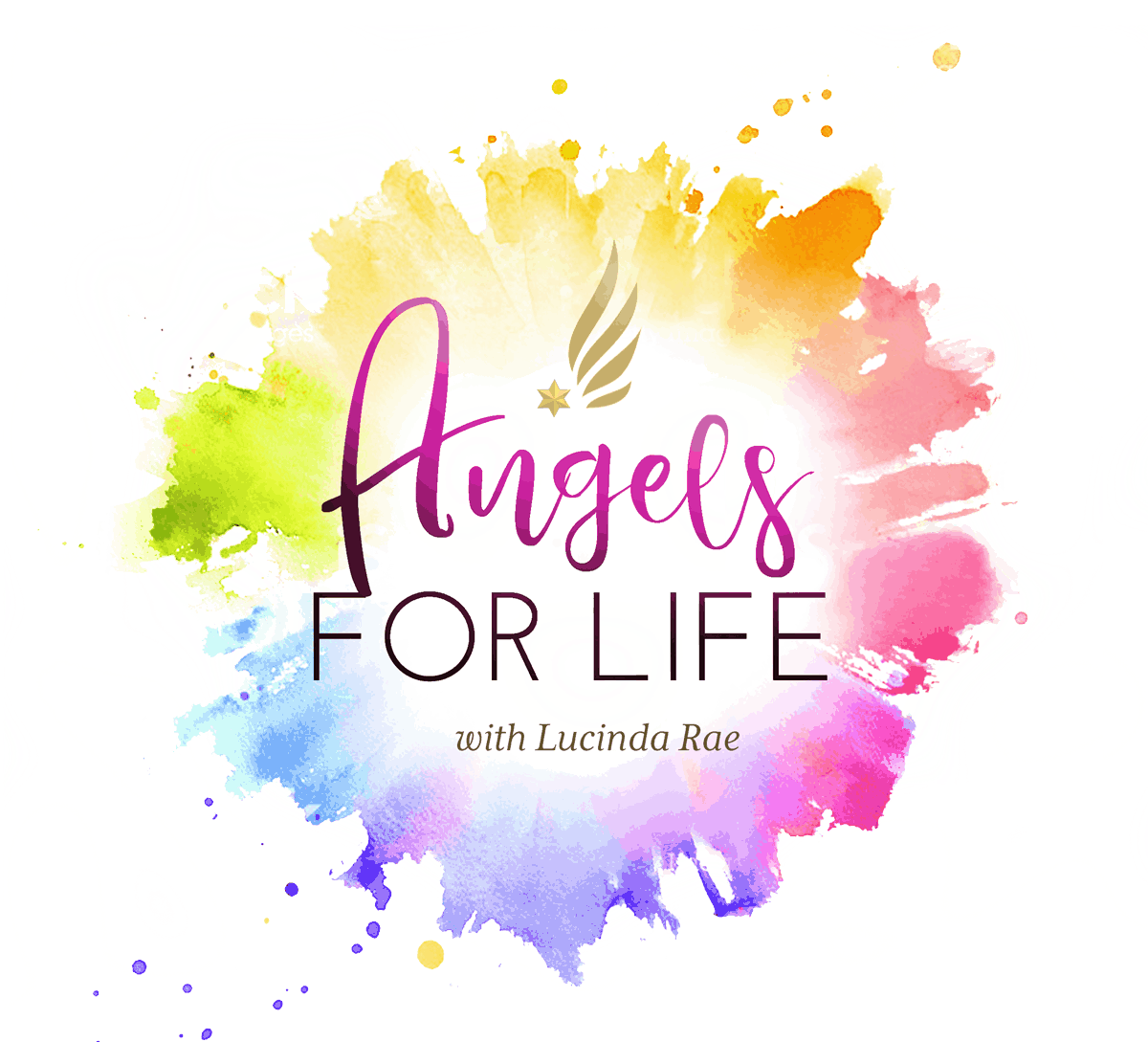 to help you self-awaken, self-renew, heal, & empower your life

LEARN MORE ABOUT THIS COURSE

A NOTE FROM THE ARTIST

The mission is simple.

Since experiencing an angel miracle, I’ve had a vision to get a million of my angels of Light painted images out to the world. I didn’t know how this would ever happen since a million angels would be A LOT to paint.

After a few months being with the vision and painting several dozens of them for commissions, friends and family, I realized I wanted to take the momentum the Light of the angels is bringing forth and make it more global and reach exponential amounts via this spiritual vision.

The idea for the One Million Angels is like angel acts of kindness. To make these beings of Light available for people to buy packs of these cards and hand them to strangers or friends with the intention to uplift their circumstances through prayer and the powerful visual reminder angels exist.

I would love for people that love angels to spread the light to those who may not know about them yet.

It’s a gift that keeps giving…

My intention and prayer is that people will look at the angel and be reminded of the infinite comfort. Then they will read the back and they will have the prayer and be infused with the light in this way. They can put them on altars, refrigerators, left in coffee shops randomly, kept on dashboards, etc.

Lucinda experienced a medical-related miracle in the spring of 2016 where archangel Rafael appeared to her revealing the way the light moved through.

After receiving this blessing, she spoke aloud in prayer that she vowed to paint what she saw in her angelic vision and to make this presence known in the world and the little ways she was able. The double caduceus of the medical staff was actually a spiraling vortex of two polarities that made an effulgent staff of light. She painted this image first, and then began praying with the other archangels and bringing forth these visions in paintings.

Lucinda began a practice of paintings these Angels of Light and saying prayers throughout to infuse the very paintings with the angelic energies she experienced in these prayers.

The signature angel of One Million Angels came to the artist, Lucinda Rae, the day after the devastating mudslides in Santa Barbara county where she lives. The community went into shock after the harrowing Thomas fire had burned the surrounding areas for several days and had threatened to burn more fully into the city of Montecito and Santa Barbara.

One day, like it seemed like it would never happen, the winds shifted, the fires moved to the back country and became contained, and the thick brown skies that rained ash became blue and clear again like iconic beautiful Santa Barbara.

But then barely a breath of air between the fires and peace of mind, there was a downpour of an inconceivable 5+ inches of rain in a very short period of time fell on the burn areas, the massive mudslide was created. Whole homes were taken out and neighborhoods completely rearranged, and part of the 101 freeway became a muddy river. 20 lives were lost and the whole community had to evacuate while bodies were being found.

Lucinda and members of her prayer team had agreed they had never in their lives prayed so fervently and tirelessly between the fire and then the mudslides.

In prayer and meditation the day after the mudslides hit, Lucinda received a vision of Archangel Metatron standing tall and mighty over the area of Santa Barbara and Montecito.

She was inspired to paint it immediately.

This painting also kicked off the first of a self-created “10 Expressions of the Angels” where she shared an angel painting one per day on Facebook and Instagram to put her focus on something positive.

The first angel she painted was the vision she had and named it Angel Over Montecito. The same day, she noticed a Facebook friend, Eric Greenspan, pushing a grassroots movement to raise money for the victims in the community. Lucinda wanted to donate, but wasn’t in a financial means to give, so she offered to sell her “Angel Over Montecito” as prints and would donate half of proceeds to his fundraiser.

The next day, the Montecito Strong/Montecito Mud Angels website was created and my angel art became the header for it. The prints started making their way around town and became an iconic vision of healing and hope for the community members who were still getting the mud off their hearts and homes, and for those that passed and all who were affected in the many ways.

The following week, another friend invited Lucinda to open a day of healing in Santa Barbara in the coming week and asked if she would sell her angel art there, too.

She asked for these as cards with a prayer on the back. And shortly after, Lucinda’s One Million Angel idea blossomed into something that could be shared in a larger way with others.

Hence this website and movement was created and shared for the world.

The following story is a small part of how Lucinda began devoting time and energy to painting and sharing the angels. Lucinda has held her vision to teach about the angels and share at least a million angel prints and/or originals of her art in homes and businesses around the world to bring more peace, protection, grace, and miracles through the power of light-filled art.

Currently she still works as a brand and website designer-developer and hopes to devote more time into making light-filled art to inspired on a larger scale.

If you would like to support Lucinda in reaching her dream and goal of one million angels and beyond, please become a patron here.

Thank you for your consideration and generosity!

Become a Patron to support the artist’s vision and goal

This website uses cookies to improve your experience while you navigate through the website. Out of these cookies, the cookies that are categorized as necessary are stored on your browser as they are essential for the working of basic functionalities of the website. We also use third-party cookies that help us analyze and understand how you use this website. These cookies will be stored in your browser only with your consent. You also have the option to opt-out of these cookies. But opting out of some of these cookies may have an effect on your browsing experience.
Necessary Always Enabled
Necessary cookies are absolutely essential for the website to function properly. This category only includes cookies that ensures basic functionalities and security features of the website. These cookies do not store any personal information.
Non-necessary
Any cookies that may not be particularly necessary for the website to function and is used specifically to collect user personal data via analytics, ads, other embedded contents are termed as non-necessary cookies. It is mandatory to procure user consent prior to running these cookies on your website.
SAVE & ACCEPT